Innovation on Tap # 4: Elizabeth Arden: A Right To Be Beautiful 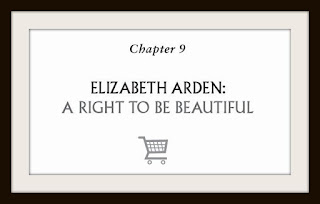 This is the fourth excerpt from Innovation on Tap: Stories of Entrepreneurship From the Cotton Gin to Broadway's "Hamilton" © Eric B. Schultz, available now for preorder at Amazon, Barnes & Noble, and in quantity from Baker & Taylor or Greenleaf Book Group at 800-932-5420.

Author's note: Elizabeth Arden, whose real name was Florence Nightingale Graham, immigrated to the United States from Canada in 1908 and made her fortune, riding (and guiding) a fundamental transformation in how Americans thought about beauty.  Although this brilliant entrepreneur was slender and stood just a little over 5 feet tall, one reporter noted, “she was about as fragile as a football tackle; and anyone who mistook her wispiness for indecision quickly discovered that she had a will of steel and the power to execute it.” Arden might remind modern readers of Steve Jobs: gifted, driven, and just a wee bit scary.  Read on:


. . . Her business grossed a phenomenal $2 million a week in 1925. Arden rejected a $15 million offer to sell at the start of the Depression and continued her expansion . . .

If loyal and generous with good performers, Arden was also a tough and demanding boss, saying, “I only want people around me who can do the impossible.” With employees, she could be mercurial, as journalist Margaret Case Harriman wrote: "She is tyrannical and exacting or affectionate and lavish, by turns. Her employees, seldom knowing from one hour to the next whether to expect a calling down or a champagne party, have learned to take what comes with a good deal of serenity" . . .

A true innovator, Arden launched a steady stream of new products. When told that production of a “fluffy” face cream was impossible, she vehemently disagreed until she found a chemist who would create Cream Amoretta. She launched the “Vienna Youth Mask” of papier-mâché and tinfoil, which applied heat via an electric current. She created cosmetics to complement clothing, not just skin color, and encouraged the everyday use of mascara and eye shadow. In her first twenty-five years, Arden developed more than a hundred items. She tried each new cosmetic on herself—and often on her staff—and had the final say on all product development decisions, brand names, and advertising . . .

Arden retained a lifelong passion for improving women’s looks, sometimes noting the flaws of a visitor to her company and recommending lotions and creams on the spot.