For many of us, the second half of 2020 meant staying as far from microscopic, aerosolized harm as possible. For 50 million Americans, birding turned out to be a silver lining, an activity suited for a world where COVID favored crowded indoor venues. I count myself among that lucky 50 million.
Unlike H1 and my excursion to Colombia (see first half-2020 favorites here and 2019 favorites here), H2 2020 instead involved exploring some of the birding locations on the North Shore of Boston. Fortunately, these locations are also some of the best birding spots in America.

Hosting 365(ish) species annually, Plum Island/Parker River National Wildlife Refuge is usually ranked in the top 5 birding locations in America.  An 11-mile long barrier island, it's a collection of beaches, sand dunes, salt marshes and pannes, freshwater impoundments, and maritime forests. It's bonkers during spring and fall migration, a good spot to see Snowy Owls and Rough-legged Hawks in the winter, and a breeding area for the endangered Piping Plover.

Salisbury Beach State Reservation sits across the mouth of Merrimack River from Plum Island. It's another site ideally suited for birdwatching, though (for me), a preferred cold-weather site after the RVs have disappeared. Great rafts of Eiders and Scoters float around harbor seals. Snow Buntings practice their takeoffs and landings. In irruptive years like 2020, flocks of Crossbills feast in the pines. And, like Plum Island, Salisbury can host Snowy, Saw-whet, Long-eared Owls, and Eagles . . .

My home base for birding is the Ipswich River Wildlife Sanctuary, Mass Audubon's largest sanctuary and part of the Eastern Essex County Interior Forest Important Bird Area. Its magnificent 2,800 acres are also the hub for a collection of sanctuaries that, though I'll spare you the details, made getting out during COVID not just possible but pleasurable. (One of these sanctuaries, Rough Meadows, took me back to my business school days and one of business history's greats, Professor Alfred Chandler. I wrote about my visit to that sanctuary here.)

Reupping the story of John Pintard and his innovation of the Christmas season, a deleted chapter from the final draft of "Innovation on Tap." Pintard engaged in social engineering, a type of innovation that almost always fails, almost. . .

Between 1790 and 1840, the combined population of New York City, Philadelphia, and Boston grew from 94,000 to 626,000 residents.  An antiquated colonial watch system, overwhelmed by disorder and crime, gradually gave way in the 1830s to the first police forces, themselves overwhelmed by corruption and incompetence.
Politics, religion, immigration, and race were all divisive issues.  A sudden financial panic could swell the numbers of unemployed.  Urban poverty and vagrancy grew.  The threat of violence hung in the air.  Mob activity was seen by many as a valid way to deliver justice when the law hesitated or failed.
“A man ought to fear God, and mind his business,” congressman Reuben Davis wrote, summing up one version of the American credo.  “He should be respectful and courteous to all women; he should love his friends and hate his enemies.  He should eat when he was hungry, drink when he was thirsty, dance when he was merry, vote for the candidate he liked best, and knock down any man who questioned his right to these privileges.[1]  Violence, Davis believed, was simply part of how an American protected his freedoms.
Likewise, when Frenchman Michel Chevalier toured the country in 1839, he noted that citizens gathered in the morning to share the news of hangings and floggings—“and then go on to the price of cotton and coffee.”  There was little difference North or South, East or West.  “A riot which in France would put a stop to business,” he wrote, “prevents no one here from going to the Exchange, speculating, turning over a dollar and making money.”[2]
For wealthy New Yorkers such as John Pintard (1759-1844) and his friends, escape from these terrifying moments of “mobocracy” meant heading north, away from the old, congested Dutch settlement at the southern tip of Manhattan to the pastoral areas of what is now the city’s grid of numbered streets.  Even this exodus proved inadequate in the face of ceaseless population growth.
In the years following the Revolution, a kinder, gentler city seemed out of reach.
Read more »
Posted by Eric B. Schultz No comments: 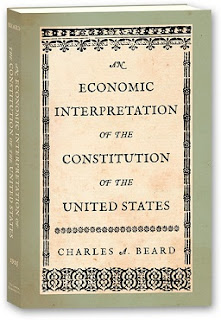 Answer the Note: Lessons from Ben & Jerry's and Warren Buffett 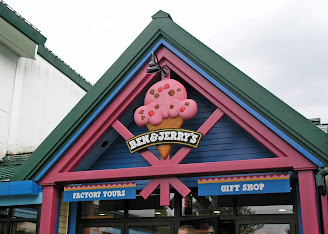 I was struck by a letter printed on Sunday in The New York Times Magazine from Andrea, 37-years-old and living in London.

Andrea grew up in Cancun and loved Ben & Jerry's ice cream so much that he "wrote to them (in my 7-year-old nonnative-English) to let them know I had the best idea: They could add chocolate syrup in a little plastic bag to their ice cream."

Much to Andrea's surprise, the company responded, saying his "idea sounded delicious, but not great for the environment.  They taught me a great lesson," Andrea added, "(and gave me coupons!).  Such a lovely company and lovely people, caring for all their customers, even if they lived in other parts of the world, or were 7-year-olds."

Thirty years later, Andrea credited Ben & Jerry's with encouraging him to think about corporate values and the environment.

His letter was a reminder of my interview with Sweeten CEO Jean Brownhill for Innovation on Tap. 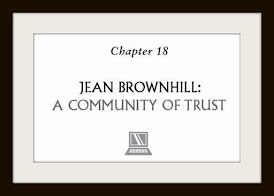 This post features a collection of excerpts, guest posts, reviews, videos, podcasts, interviews, and book-talks related to Innovation on Tap, which was published in October 2019.
The book can be ordered from Amazon, Barnes & Noble, Greenleaf Book Group, and Porchlight (for bulk purchases), and is available in hardcover, Kindle, and Audible.
Innovation on Tap received a silver medal for "Entrepreneurship and Small Business" in the 2020 Axiom Business Book Awards, was a finalist in the "Business and Career" category of the 2020 Independent Book Publishers Association awards, and was longlisted for the Porchlight Business Book Awards in the "Innovation and Creativity" category.
In July 2020, Innovation on Tap became an Amazon Bestseller in Business, Technology, and Innovation categories.

Also available, free of charge, is a special set of notes prepared for entrepreneurs, business class instructors, and book groups that explore the leadership and innovation issues presented in the book. See Special Notes for Entrepreneurs here.

The video below is a 30-second summary put together by Booksplainers.