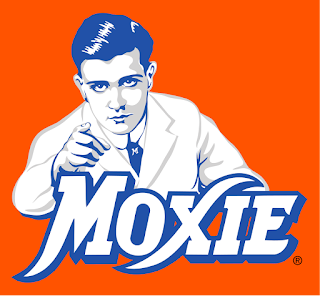 WHEN I was about four years old and visiting my grandparents, I spotted a slotted wooden carton in their back hall. It was filled with brown and orange bottles.  “What’s that?” I asked.

“Moxie,” replied my grandfather. “It’s my favorite drink. Want to try some?” He put an ice cube in a little plastic cup and poured the fizzy brown soda over it.

I took a sip.  For a fraction of a second, the taste was sweet, like the root beer I was expecting.  And then an ungodly medicinal bitterness exploded in my mouth.  I spit everything back in the cup.  My grandfather laughed.

“It’s an acquired taste,” he said.

Moxie is the durian of carbonated drinks.  It’s an acquired taste like sweetbreads and blood pudding, tripe and haggis.

One day at a restaurant in Iceland, the waiter politely informed our table that the specialty of the house was sour ram’s testicles.  I almost asked, “Is that served with Moxie?”

Nei takk to the house specialty, and no thanks to Moxie. 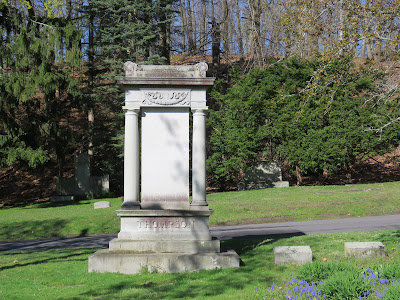 LAST Sunday I visited the Lowell Cemetery, a half-hour from home and one of America’s earliest garden cemeteries.  It’s the perfect antidote for pandemic lockdown; at 7 a.m., there are about six people spread over its 76 acres.  Run, walk, bird.  Watch the falls of the Concord River from Paul Tsongas’s gravesite and soak in the rich industrial and political history of Lowell.

It was during this recent visit that I stumbled upon the Thompson family gravesite, and the marker for Dr. Augustin Thompson.  I knew he was buried in the cemetery. I had been watching for his stone.

The truth is, Augustin Thompson was a distinguished Civil War veteran, doctor, and fascinating entrepreneur, and despite his adoption of the bitter gentian-root extract from which Moxie is made, I am happy to add Dr. Thompson to my series on dead entrepreneurs. (My visit to Grove Street Cemetery at Yale University is here, and my Mount Auburn visits can be found here).

More truth.  Moxie is a contender for the country’s oldest, continually marketed soft drink.  In the 1920s, Moxie outsold Coke, becoming a marketing juggernaut.  Red Sox legend Ted Williams endorsed the drink.  There’s even a Moxie ice cream, which you can probably sample each summer at the Moxie Festival in Lisbon, Maine. Speaking of which, Moxie was named Maine’s official soft drink in 2005.

Moxie still sells well in New England, Pennsylvania, and a few other hot spots—well enough that Coke acquired the brand in 2018.

Augustin Thompson was born in Union, Maine, in 1835.  He fought with Company G of the 28th Infantry, Maine Volunteers, and was awarded the rank of lieutenant colonel.  After the Civil War, he graduated at the top of his class from Hahnemann Homeopathic College in Philadelphia and set up his medical practice in 1867 in Lowell, a city of 40,000 people and a hub of America’s textile revolution. 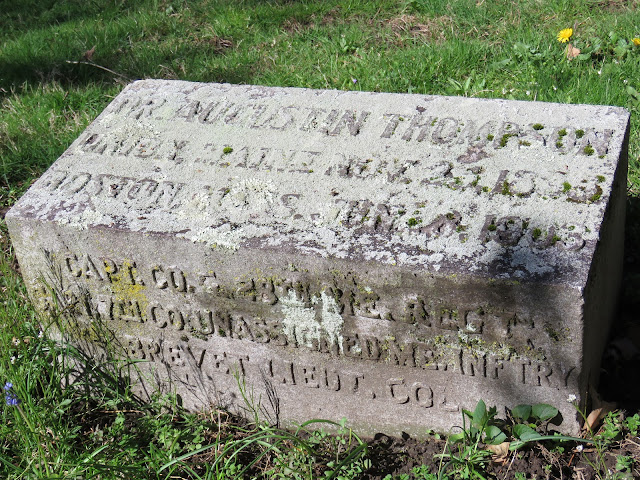 Around 1876, Thompson concocted a patent medicine from South America’s gentian root and began marketing Moxie Nerve Food, advertised to cure “paralysis, softening of the brain, nervousness, and insomnia.”  Perhaps derived from an Abenaki word meaning “dark water,” Moxie's dark water was originally consumed by the single-spoonful.  By 1884, however, Dr. Thompson had added soda water and was selling “Beverage Moxie Nerve Food” in bottles.

Thompson was obsessed, working 18 hours a day and meticulously recording his thoughts, including theories that ranged well beyond his work with Moxie.  His medical practice was successful but eventually gave way to a full-time focus on his star creation.

When Augustin Thompson died in 1903, he had the satisfaction of knowing that Moxie was a success throughout New England and had enthusiastic fans in Philadelphia, Cleveland, and Chicago. The soft drink was being sold in the millions-of-bottles annually, and its name had entered the vernacular as a synonym for determination and nerve. 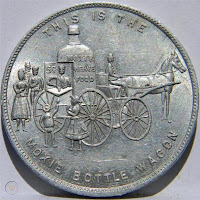 When the Pure Food and Drug Act unmasked the patent medicine industry in 1906, Moxie—which had long claimed “not a drop of Medicine, Poison, Stimulant, or Alcohol in its composition”--simply removed the “nerve” from its labels and redoubled its activity in the burgeoning soft drink category.

In the first half of the twentieth century, Moxie Bottle Wagons toured eastern cities, handing out aluminum tokens good for one Moxie.  These became pendants and good-luck charms and can occasionally be found (with loads of other Moxie swag) on ebay.

In a dress rehearsal for New Coke, Moxie sweetened its formula in the late 1960s.  Fans revolted.  The new formula was discarded.

People, it turns out, love the bitter.  My grandfather included.

I might try again someday. It'll be sixty years soon, we should give me enough time to recover. 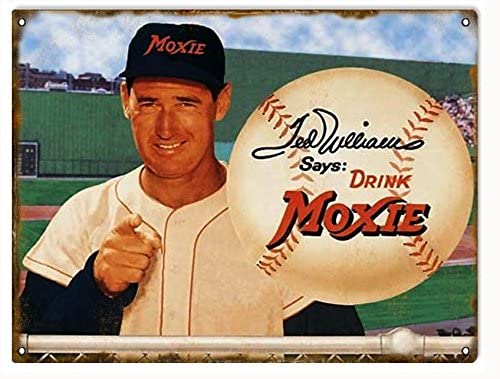