I have a couple of new posts over on Old Colony's "Medium" site, which (I think and hope) can be easily accessed.

The first, posted last month, is The Golden Age of Radio in the Old Colony (Three Acts). Not only is it a fun re-telling of the roots of commercial radio in the United States, but it's also a shout-out to my Uncle Eddie Litchfield, who was the voice of WPEP for 40 years.

The second article, posted yesterday, is The Authors of the Old Colony: A Summer Reading List (If You Dare). I don't do many listicles so thought I'd try my hand. The list include a little history, a little poetry, some biography and even true crime. (What says summer reading like Lizzie Borden and forty whacks?)

As you browse Old Colony's posts, you'll see all kinds of interesting history articles from Katie MacDonald (on how museums can be redefined in the 21st century) and Dr. William Hanna, including one on local Nike Missle sites, the death of Elizabeth McKinstry (at the future St. Thomas rectory), and the Reverend Samuel Hopkins Emery, who was born in Boxford but made his name in Taunton.

For every 100 pictures I take, I keep about five. I then rank each one as a 3, 2, or 1.
When I show someone a 3, they say, "Oh, that's a Robin."  When I show someone a 2, they say, "Eric, that's a great picture of a Robin." When I show someone a 1, they say, "You didn't take that picture of a Robin, did you?"
In other words, if I've been slightly insulted, that picture is usually a 1. I've taken a couple of hundred thousand pictures of birds and have accumulated maybe five "1s."
If a professional relies on light, color, and composition, I rely on volume and luck.
Herewith, my sixth post of bird pictures, my favorites from the first half of 2022-- unofficially, "COVID, year 3." My favorites are the Warblers, not because they are 1's, but because getting a good picture of a Magnolia or Chestnut-sided Warbler is a little bit like reaching level 15 of Space Invaders.
For anyone under 40, here's the link. 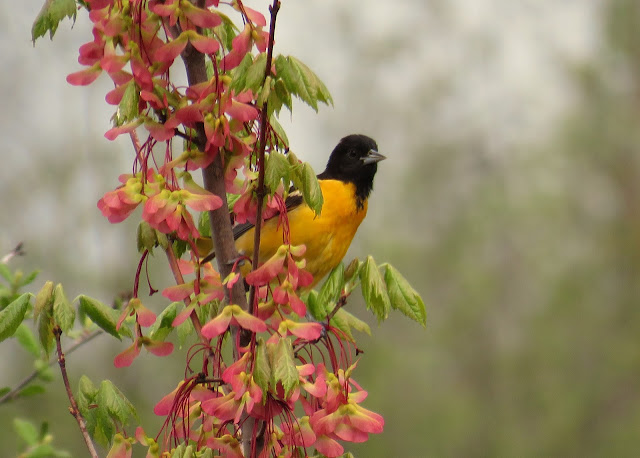 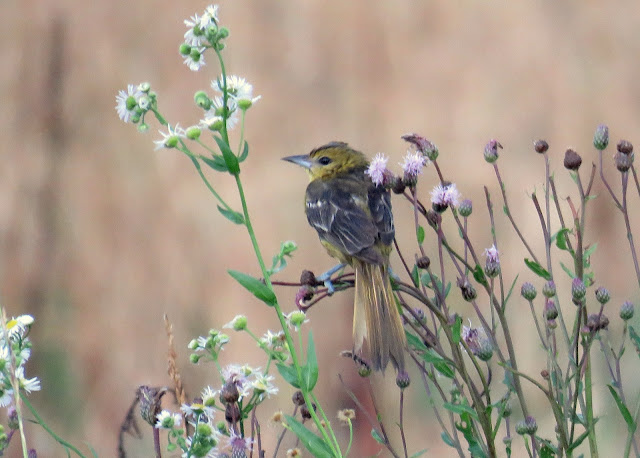 Innovation in the City of Sin: Shoes, GE Jet Engines, and Fluffernutters in Lynn, Massachusetts

I visited Lynn, Massachusetts, the other day. It's one of those old New England cities that supported a community of innovators that ruled the commercial world for more than a century before the Great Depression and emergence of the New South.
If you live in my corner of New England, this rise and fall of great cities describes New Bedford, Fall River, Brockton, Taunton, Lowell, Haverhill, and Beverly, to name a few.
Between whaling and textiles, for example, nineteenth-century New Bedford was considered the richest city per capita in the world. Fall River and its textile mills weren't far behind. Taunton had booming textile machinery, silversmithing, and stove-making industries in the nineteenth and early twentieth centuries.
Lowell, which I visited and profiled in 2013, was famous for attracting the greatest concentration of industrial capital in America before the Civil War. Its scale and integration left European visitors in awe.
Lynn was settled in 1629 and eventually carved up into today's mostly-urban Lynn, Reading, Lynnfield, Saugus, Swampscott, and Nahant. Old Lynn contributed early to American innovation as home to one of the country's first ironworks, Hammersmith.
Lynn, Lynn, City of Sin
Even folks who know nothing about Lynn may know this bit of doggerel:
Lynn, Lynn, the city of sin
You never come out the way you came in.
(For the record, I did come out the way I came in, except for a stop at Dunkin Donuts.)
There are other verses, though I'll limit dazzling you to just one more:
You ask for water, yet they give you gin
The girls say no, but they always give in.
There's speculation that this rhyme arose during Prohibition when Lynn, being on the Atlantic coast and only seven miles north of Boston, had its fair share of successful bootleggers and drinking establishments. Maybe this ditty was also inspired by the proximity of sailors in nearby Salem crossing the border in search of late-night libations and entertainment.
And maybe--my theory--is that Lynn is easy to rhyme with about 500 one-syllable words, prompting a lazy poet in Swampscott or Manchester-By-The-Sea to change cities after checking his rhyming dictionary. In 1997, Lynn's solicitor proposed changing the name of the city to Ocean Park, but voters turned him down. A good thing, I think.
Read more »
Posted by Eric B. Schultz 6 comments:

David Rossi would have turned 65 years old today. It's a good time to crank up the Isaac Payton Sweat.

Dave grew up outside Pittsburgh and studied Chemistry at the University of Pittsburgh.  His name is inscribed in the Omicron Delta Kappa Walk, a stone path between the Cathedral of Learning and Heinz Chapel, in honor of being named Senior of the Year in 1979.

I had the great misfortune to meet Dave around the time Pitt won the national championship, the Pirates won the World Series, and the Steelers won the Super Bowl. All at once. He was humble and softspoken, but not about his "City of Champions."

We roomed together in Brooklyn Heights and both worked our first "real" jobs for the Chase Manhattan Bank, taking the subway each morning under the East River to the basement of Chase Manhattan Plaza.  Our training floor included 200 recent college grads from all over the country and we fell in with a great group of friends whose mission was to discover Manhattan.
Since many of our colleagues lived on the Upper West Side, Dave decided that he and I had to purchase "crazy hats" so we could ride the 7th Avenue Line without trouble in the wee hours of the morning back to Brooklyn Heights. "Wear it low, look crazy, and never make eye contact," he told me. Good advice.
We thought it would be fun to celebrate New Year's Eve 1980 in Times Square. We donned our crazy hats and headed into (what was then) a cesspool, watching as a gang of thugs just at the edge of Dick Clark's Rockin' New Year's Eve television lights cornered people and stole their wallets. Interested only in cash, the gang grabbed the bills and then dumped each wallet in the trash. Dave and I went fishing, and on the morning of January 3, 1981, we mailed 15 wallets full of driver's licenses and credit cards back to their owners all around the country.

Dave invited me home the first Thanksgiving we roomed together to meet his family. His mother served a huge, delicious Italian meal, and I remember thinking, "This is nice but unusual for Thanksgiving."  Then Dave's mom cleared the table and served an entire traditional Thanksgiving turkey meal.  He just looked at me and said, "Now you know why I have trouble losing weight."

I roomed with Dave during our first year at the Harvard Business School. He introduced me to the HP-12C, chocolate-covered pretzels, and the Cotton Eye Joe. He convinced me that Harry Truman was the only person in history who could have taken over the world. He warned me--based on his obsession with Louis L'Amour novels--never to carry a knife unless I was prepared to use it.  More good advice.

In the time I knew David Rossi, though, all he ever really wanted to do was go into space.  He might have been an astronaut except for his poor eyesight. Between senior positions at Spacehab and Orbital Sciences, he got close. Even when the Space Shuttle Columbia disintegrated as Dave lay dying of cancer, he never lost his optimism or passion for the final frontier.

At Dave's funeral in Washington, D.C., there were six of us who were asked to speak.

As we chatted beforehand, I realized we all believed the same thing: David Rossi was our best friend.

We were all correct.

Only the good die young. 65 and still with us. Rest in peace, my friend.


Posted by Eric B. Schultz 4 comments:

The Theranos Catastrophe: It Takes a Village (or At Least a Valley)

Like Enron, WorldCom, and other juicy corporate scandals, Theranos is fast becoming its own cottage industry of business wisdom.[1]

This caution isn't about being optimistic or forward-thinking. There are few investors I know unable to distinguish a bald-faced lie from aggressive forecasting or leaning into the future, the stuff investors know to expect. (For a great discussion on this topic, see Dan Isenberg's oldie but goodie, "Should Entrepreneurs Lie?")

But if someone hands you a Pop-Tart and says it’s health food, you don’t need to call a meeting to assess the matter. A lie is kind of like that.

Here’s another lesson from Theranos: If you take a board position, do the work.

Think about the members of the Theranos board. Former Secretary of State George Shultz. Henry Kissinger. U.S. Marine Corps Gen. James Mattis. And on and on. Fortune described Theranos’ directors as “the single most accomplished board in U.S. corporate history.”[3]

Accomplished, maybe. But engaged? Mattis saw the strength of Theranos CEO Elizabeth Holmes’s vision as the sort of exceptional leadership he had witnessed in the military. Kissinger was unable to compare her to anyone else “because I haven’t seen anyone with her special attributes.” Ninety-three-year-old Shultz was struck by Holmes’s “purity of motivation.”[4]

Obviously, these gentlemen were recruited as trophy directors, not for their deep knowledge of blood testing.

Which is all good. Big-name directors can enhance the standing of a company.

But if you take a director’s job, do the work. Be engaged. It’s easy to see how old men can be charmed, but silly to think that experienced leaders like Mattis, Shultz, and Kissinger--if they invest the time--could be hoodwinked by a college dropout.

For example, this is how Holmes explained her fundamental technology: “A chemistry is performed so that a chemical reaction occurs and generates a signal from the chemical interaction with the sample, which is translated into a result, which is then reviewed by certified laboratory personnel.”[5]

If you were sitting on the board of Theranos and heard that answer, wouldn’t your head have exploded? All Shultz or Mattis had to do was utter two words: “Show me.”

“Let’s walk to the lab, take my blood, and show me how our machine spits out results. I’ve got time. Show me.”

Learning if a product or service works, or even exists, would seem to be the minimum responsibility of a board member. A single, truly engaged Theranos director might have preserved a half-billion in capital and kept an immoral, feckless, and reckless CEO from facing a twenty-year prison term.

Which brings me to the third, related lesson, and the one that interests me most: Attributing the Theranos catastrophe to Elizabeth Holmes, or any single “root cause,” reflects a fundamental misunderstanding of how complex systems fail.

Adapted from science to social science, the theory of complex systems emerged about a generation ago. It asks good questions, such as: Why do airplanes crash, or nuclear power plants melt down? How do space shuttles suddenly explode? Why do oil tankers break apart and ruin our environment?

Let’s begin with that last question, about oil tankers, because it’s relevant to Theranos.