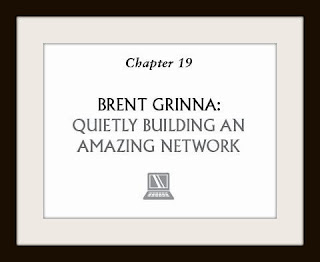 This is the sixth excerpt from Innovation on Tap: Stories of Entrepreneurship From the Cotton Gin to Broadway's "Hamilton" © Eric B. Schultz, available now for preorder at Amazon, Barnes & Noble, and in quantity from Baker & Taylor or Greenleaf Book Group at 800-932-5420.

Author's note: Sometimes, stuff happens to entrepreneurs and they just have to be ready.  Such is the case with Brent Grinna as he prepared to launch a technology company designed to bring educational fundraising into the 21st century.  Today, EverTrue has more than 300 education partners and is the leading advancement automation platform.  And Brent remains one of the best networkers and community-builders I have ever met.  But, not so long ago, EverTrue was just an idea and Brent was just figuring it all out.  I appreciate him letting me include this story in the book; it says great things about the Boston venture community, and it made me laugh out loud when I interviewed him. Read on:

At this point Grinna had an idea, a mock-up, interest, an apartment, and a skeptical but supportive wife. That’s when he heard about an event called the Venture Summit East, a very large gathering of leading venture capitalists and entrepreneurs. “I’m living across the Charles River at the time,” he says, “and I see that the ticket is going to be $2,000 to go to that event. There’s no way I’m paying $2,000, but I reach out to the organizer, explain my situation—I’m an aspiring entrepreneur, just graduated from Harvard, I’m living right across the river—and asked if he needed any volunteers. He said sure, come work the registration desk.”

By helping with registration, Grinna could attend some of the sessions and the luncheon presentation. He found as he handed out name tags that he knew almost nobody except for local venture capitalist Jeff Bussgang (HBS ’95) from Flybridge Capital Partners. “He’d been an entrepreneur-in-residence at Harvard Business School during my time there, and I’d been bouncing ideas off him along the way. So I see Jeff at lunch and I go and sit down. And Jeff says, ‘Brent, I’m so glad that you’re here. I’ve got to introduce you to these guys. This is Walt Doyle; he’s got a very cool company called WHERE doing some interesting work around mobile. You guys should definitely meet. I want you to hear his story and tell him your story. And I want you to meet Scott here, as well.’” 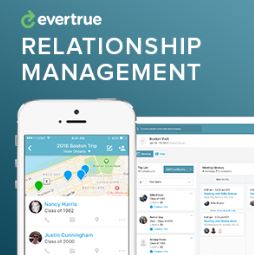 Grinna explains, “Walt is this super-high-energy guy, and he says, ‘Tell me about what you’re doing! What’s your story?’ I start telling him about the Brown experience and the reunion, and he says, ‘I totally get it. I’m really involved with Middlesex, which is where I went to high school. I see the challenges. Where are you working out of?’ I tell him my apartment in Cambridge (and my wife is questioning that!)—but that’s where I am.” Doyle tells Grinna that he’s just moved into new space and invites him to visit.

As Grinna and Doyle are talking, Brent notices that Scott is taking notes. Grinna decides, “That’s probably OK; we’re at a conference, and I guess you take notes. So I shoot these guys thank-you emails that night, and Scott writes back with this whole set of questions. It seemed cool he was so interested in my business, so I replied with all these answers. I wake up the next day, and I find out that Scott [Kirsner] is the technology reporter for The Boston Globe. And he writes an article, ‘New Start-up EverTrue Revolutionizing Alumni Development.’ And he has all these quotes. I don’t think I even knew he was a reporter—and I’m so oblivious I’m confirming comments and quotes in an email exchange. So this article hits,” Grinna adds. “It’s got screen shots, it’s got my story, and all of a sudden, all day, I’m getting emails from people wanting jobs—my inbox is flooded. EverTrue is not a real company, but now The Boston Globe thinks it’s a real company. So, it’s a real company.”