One of the business history books I most admire is Alfred D.Chandler Jr.’s The Visible Hand: The Managerial Revolution in American Business. It is impressive in every way, and an important touchstone for my research on Innovation on Tap.

The Visible Hand won the Pulitzer Prize in 1978, doing for business history what Jared Diamond did for our understanding of civilizations and Yuval Harari for evolution: Professor Chandler presented a unifying theory that explained the growth of modern capitalism.

“Almost single-handedly,” The Economist wrote, “Alfred Chandler (1918-2007) invented the study of business history.”  In his obituary, the New York Times described Chandler as “shunning the old debate about whether tycoons are good or bad, and instead arguing persuasively in almost two dozen books that it was the emergence of professional management that propelled modern capitalism.”

A Ph.D. historian and Navy veteran, Chandler wrote biographies of Pierre S. Du Pont and of his great-grandfather, Henry Varnum Poor, one of the founders of Standard & Poor’s.  In 1969, he published Strategy and Structure: Chapters in the History of the American Industrial Enterprise, making the startling case that a company ought to pick its strategy first and then build its organization to match.


Chandler came to the Harvard Business School in 1971 where his studies continued to focus on the rise between 1840 and 1920 of enormous American corporations, including the railroads, Du Pont, and General Motors.  During this period of national growth, Chandler believed, the visible hand of modern, salaried managers (“a new economic species”) came to replace Adam Smith's invisible hand in the allocation of resources.  “As modern business enterprise acquired functions hitherto carried out by the market," Chandler wrote, "it became the most powerful institution in the American economy and its managers the most influential group of economic decision makers."  (The Visible Hand, 1)

If you are an entrepreneur capable of launching a new product and disrupting a market, think about what it means to be the most powerful force in that market, the meat-eater at the top of the food chain.  Think of the responsibility that such a gift entails.

I met Professor Chandler at Harvard but never took his course, being dazzled more (if I remember correctly) by Michael Porter’s book on strategy, Lee Iaccoca's turnaround at Chrysler, and a rising star at GE named Jack Welch.  I still kick myself for not taking advantage of the opportunity to study under such an accomplished scholar and gentleman. I went birding recently at a place not far from my home, a relatively new Audubon/Essex National Heritage sanctuary called Rough Meadows.  It’s part of the Great Marsh Ecosystem, some 8,000 acres of protected habitat.  For birders, the sanctuary has a little bit of everything, from nesting warblers and woodpeckers to raptors and shorebirds.

In New England, you may know, we are three or four weeks past primetime birding.  The migrating warblers have headed to Canada and points north for the season.  Nonetheless, a 60F, sunny morning is not to be missed, especially when the curse of the greenheads is still a few weeks away.

6 a.m.  Little wind.  I park, put some sunscreen on, grab my camera and binoculars, and set out along a path called Professor Chandler’s Long Walk, not giving the name a second thought. 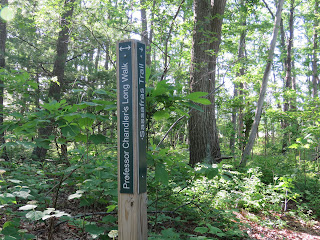 It is a good morning.

Tree Swallows and Red-winged Blackbirds zipping across the marsh.

A Kestrel passes by; their numbers in Massachusetts have dropped precipitously in the last decade, so it is good to see one on the wing. 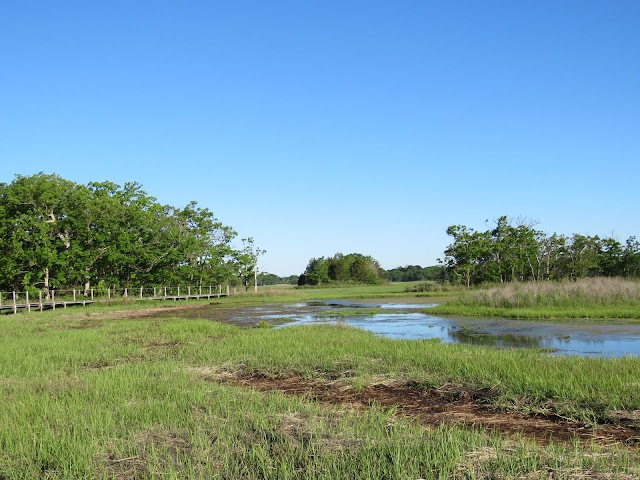 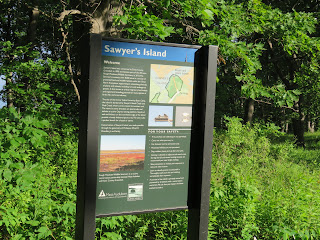 I am alone, except for a Bluebird that has followed me along the trail for the last hundred yards.

Before I take the path out to the marsh, I stop to read about Sawyer’s Island.

It is only then, of course, that I realize I have been hiking on land set aside by the author of The Visible Hand, blind to the fact that two of my favorite worlds--business history and birding--have collided. 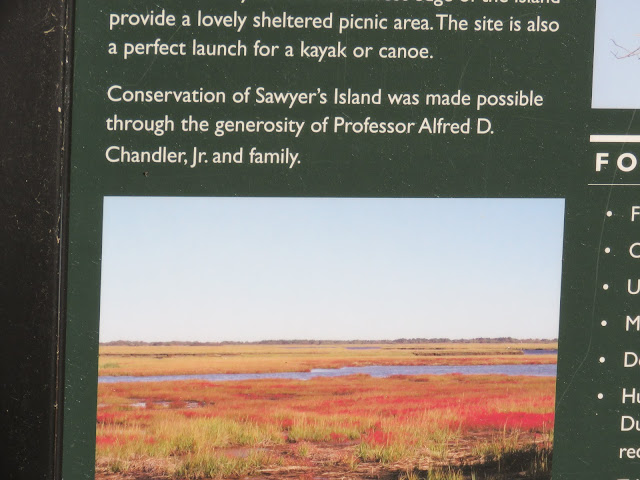 The story of the Chandler family’s incredible gift is here.  The 250 acres that comprise Rough Meadow are full of life instead of commercial development, protecting some of the most pristine marshland in the country. 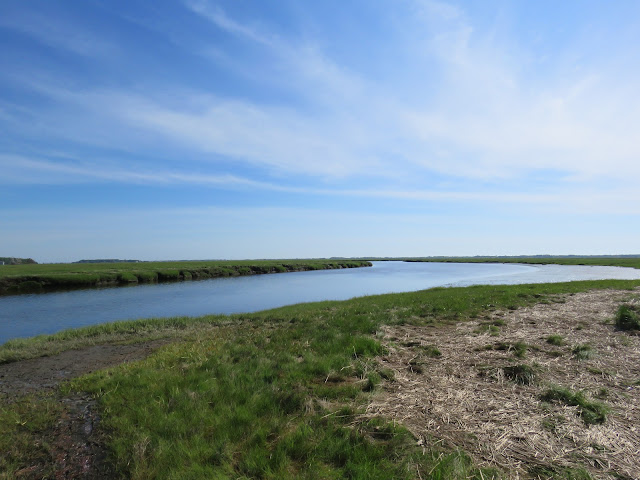 Imagine if you are an entrepreneur, the most powerful economic force in the modern economy, and this was part of your charge, to protect the Rough Meadows of the world.  All your creative destruction, all your AI and gene-editing, your machine learning and growth hacks, would need to take into account the Kestrel and the Great Horned Owl, the salt marsh, tidal creek, and salt panne.  Think about how that might change your decisions--all that responsibility given you as the predator at the top of the food chain.

When the market is destructive of the things we value, there is no more blaming invisible hands.


As for me, I see Rough Meadows as a second chance.  I plan to visit Professor Chandler's outdoor classroom often to make up for the indoor classroom I missed back in business school.  It won't be quite the same, of course, but a visit with a Great Horned Owl can help take the sting out of at least a few missed case studies.