Did Harry believe that?  I don't think so. But it was the simplest way to communicate his intentions, the surest way that his personal touch would endure across thousands of daily transactions.

Life bends toward complexity.  So, like Harry Selfridge, it's often a good idea to seek simple rules.

For example, you could read a diet book every day for the rest of your life--or you could subscribe to Michael Pollen's simple rules for eating: Eat (real) food.  Not too much.  Mostly plants.

It's simple, powerful stuff.  Which brings me to my real reason for writing this post.

In Praise of Steve Dodge 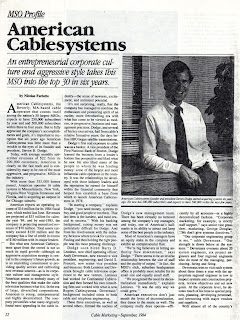 As I was finishing up business school in 1983, I had lunch with a guy named Steve Dodge.  Steve had launched a cable TV company a few years before and was looking for managers to help grow it.  Cable was the hottest thing in entertainment at the time, like the web would be a decade later.  People would chase the cable TV truck down the street in a newly wired neighborhood, begging to get hooked up.

Anyway, my meeting with Steve turned out to be the most important lunch of my career.

That was Steve's first of many gifts to me, hiring me soon after (under another great mentor, Dave Keefe), and sticking me in general manager positions, as promised.

A few years later Steve visited our operations in Chicago and confided that the company had grown so large that people were calling him "Mr. Dodge" instead of Steve.  He didn't like that, so it didn't surprise me that not long after he announced the sale of American to Continental Cable.

From there, Joe Winn, Mike Milsom, Jim Heron and I co-founded Atlantic Ventures, which would one day morph into American Radio.  Later, Steve sat on my board at Sensitech, and I sat on his board at Windover.  Nobody would have a greater impact on my career. 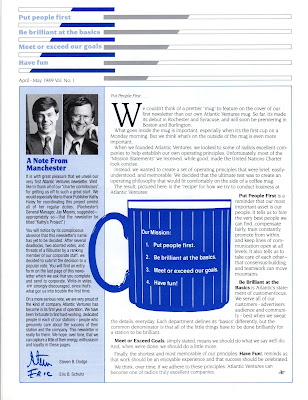 We lost Steve tragically a few weeks ago, an event that affected hundreds of people across the many companies he founded and the countless institutions which he and his wife supported.

Which made me think a lot about Steve and this notion of simple rules.

When we launched Atlantic Ventures, we wanted a set of guidelines, stuff to keep us on target.  And we knew things were going to get complicated; Steve had a way of finding the hairiest of eyeballs to acquire.  So we chose four ideas, short enough to print on a coffee cup.  The first was "Put People First."

As the old joke goes, I don't remember the other three.

Putting people first was the best single, simple lesson Steve ever taught me, one I tried to carry through in all of my other activities, no matter how aggravating all those people who were going first turned out to be.

Steve's WSJ obituary concludes with the advice he gave last year to young entrepreneurs.  He said, "Remain humble, approachable. Pay attention to what's going on around you.  Learn how to listen more than you talk."

These are terrific rules.  But Steve's best advice was even simpler, and summed up a lifetime's worth of wise counsel: Put people first. 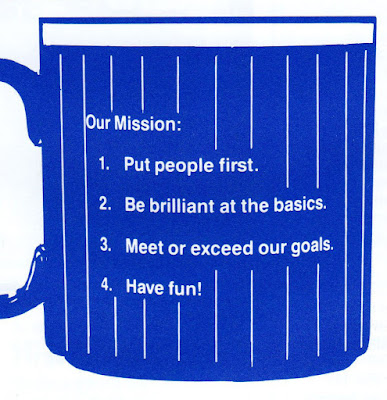