Food Foolish #8: What About the Birds?

Whenever I present Food Foolish to a live audience, I always try to end on a hopeful note, saying that if we are smart and diligent, we can reduce food waste. And when we’re successful, the result will be good for everyone: less hunger, reduced carbon emissions, a stable agricultural footprint, more available fresh water, and greater food security for populations around the world.  Nobody loses.

I usually see people nod in agreement until one evening at a local college, someone asked, “What about birds?”

“What,” she explained, “would happen to birds that had come to depend on landfills if we stopped wasting food?”

It was a good question.  In the United States and other developed countries, much of the food we waste shows up in landfills.  Unfortunately, I had no answer at the time.  Recently, I decided to try to figure it out: How dependent are birds on human food waste, and what happens if we reduce it—as so many individuals, corporations, and governments are now committed to doing?

The intersection of birds and food waste turns out to be a puzzle.  In Spain and Portugal, for instance, white storks are avoiding their annual winter migration to Africa because of a growing dependence on landfills. “White storks used to be wholly migratory,”says Aldina Franco, a conservation ecologist at the University of East Anglia.  “During the 1980s, the first individuals started staying, and now we see those numbers increasing exponentially."  The resident population of white storks in Portugal has grown more than ten-fold in the last twenty years, with 80 percent of the 14,000 resident population feasting on landfills.

In Germany, researchers outfitted 70 newborn white storks from locations around Europe and Asia with miniature GPS tags and watched to see what would happen.  Just as in Portugal, some migrated while others wintered on landfills.  Those that chose to migrate were, ironically, more likely to die.  Landfill feeding turned out to be, at least in the short term, nutritious, plentiful, and reliable.  But there are many unanswered questions.  Why do some storks migrate while others remain, for instance?  Do those that remain have advantages or disadvantages over their migrating cousins?  And most important for the “homebody” storks, what happens if Europe closes its open-air landfills, as it is now trying to do.  Do the storks accustomed to an easy meal resume their migration, or do they perish?

Similar questions revolve around species like the western gull (Larus occidentalis) in western North America, whose population growth is a direct result of landfills.   The Environmental Protection Agency has estimated that 22 percent of every landfill in the US is food waste, more than any other single material.  And in 2015, the EPA and USDA announced a national goal of reducing food waste by half by the year 2030.  If successful, what happens to the population of North America’s western gull?

In the case of Bald eagles, it appears that young birds can adapt quickly to landfills—from red meat and bones to rats—and become “landfill specialists.”  Some even watch for the trucks to roll in, knowing that their garbage will be “fresh.”  Will this new-found specialization make them or their offspring less effective hunters if the landfills close and they are forced back into their more traditional habitat?

A study published in 2003 examined the influence of landfills on the diet of the adult Yellow-legged Gull off the southeastern coast of France.  Researchers studied the pellets of six colonies and determined that up to 74 percent were consistent with foraging in landfills.  “Indeed,” the report says, “high refuse dump accessibility leads to a poorly diversified diet dominated by refuse. In contrast, when refuse dump accessibility is low, Yellow-legged Gulls broaden their trophic niche, with an increased exploitation of alternative foraging habitats, such as terrestrial habitats.”  In other words, the landfill diet is like a human filling up on fast food, skipping the fruits and vegetables.  Researchers concluded that, if nothing else, Yellow-legged Gulls are opportunistic and adaptable—factors that may work in their favor as landfills are closed.

A 2016 report led by Professor Iain Gordon of James Cook University in Australia examined in qualitative terms the impact of reducing agricultural loss (in the field and during distribution) and waste (in landfills) on a number of wild species, including birds.  “A question that animal conservation scientists should be asking,” Gordon says, “is will a reduction in food waste, to meet the increasing demands for food, have a positive or negative impact on biodiversity and which species will be winners and losers?  For example, a number of bird species rely on grain spilled during harvest; if more efficient harvesting techniques are introduced, what impact will this have on this predictable food supply?  More effective vaccines and medicines used to improve livestock yield in developing countries can reduce carcasses that scavengers such as vultures rely on.  Likewise, more attention to waste reduction by fishing vessels can reduce the food supply of surface-feeding seabirds. 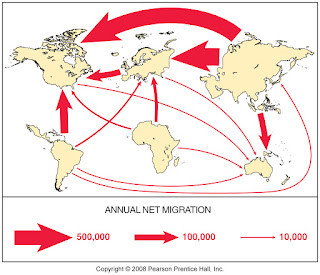 The fact that scientists aren’t entirely sure why about 15 percent of the world’s 10,000 species migrate in the first place complicates the puzzle.  A study published earlier this year hypothesizes that it’s a question of optimizing “the balance between energy acquisition and energy expenditure.”  In other words, bird migrate if they can ultimately spend less energy to eat in the face of seasonal changes and competition—even if it means a 10,000-mile flight.  The report adds, “our mechanistic model provides a tool for predicting how ecosystems will respond to global anthropogenic change”—one such obvious anthropogenic change being the creation of landfills.  If the researchers’ hypothesis is true, the expansion and contraction of landfills will have a significant impact on the migration choices of species.

Some landfills, like the Brevard County Central Disposal Facility in Cocoa, Florida, and the landfill in Tullytown, Pennsylvania, are considered birders’ paradises.  Want to see a Tamaulipascrow?  Despite being a Mexican bird with a limited range, it likes to dine at a landfill in Brownsville, Texas.  In the October 2016 Audubon magazine, birder Nicholas Lund tells readers that you have to “learn to love landfills and sewage treatment plants.”

In summary, when it comes to the relationship between birds and landfills, there’s not enough research available to determine anything conclusively.  Landfills encourage some birds to stay but others still migrate; we’re not sure why, though a sophisticated internal energy calculation might be at work.  Those birds that dine on waste tend to do better in the short-term—at least in the case of white storks—but the long-term consequences of dining on food mixed with plastics and potential toxins remains unknown.  One unanticipated consequence of white storks dining at landfills might be an overabundance of locust and other pests on which storks normally feed.  If true, this explosion of pests could reduce crop yields, diminishing the food supply long even before it has the chance to reach a landfill.

At least we can say with certainty that landfills change the behavior of some migratory birds, who are smart and adaptable, and are no less likely to pass up a free lunch than a birder.  Beyond that, there is more unknown than known.  Professor Gordon’s research suggests we simply need more information about how humankind’s food waste agenda is likely to impact the biodiversity of the planet.  “Fundamental food web studies would be a good place to start,” he says, and one such study by DA Bohen and others is attempting to create theories about the system-level behavior of agroecosystems.  “Network structure and dynamics have substantial impacts on ecosystem performance,” Bohen writes, “but evidence from agroecosystems lags behind network theory.” Scientists will be called upon increasingly to answer questions about the consequences of our food supply on species around the world.  “Waste has been ignored for too long,” Gordon concludes.  “The food security agenda will bring it to the front of mind, and conservation scientists need to respond quickly if we are not to be left feeding from the scraps under the table.”

Which is an eloquent way of answering the question I received that night about what happens to birds if landfills close: We just don’t know.