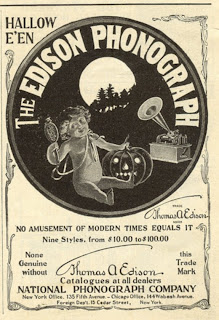 Each of our lives has a soundtrack.

Mine begins with Ray Charles singing Hit the Road Jack as my mother drove me to preschool.  The junior-high summer I broke my leg is Three Dog Night's Joy to the World.  America's Sister Golden Hair was playing the night of my high school graduation, and Steely Dan's My Old School was cranked up as I stacked my dirty laundry against the screen of my Brown University dorm room, hoping a fresh breeze would save me a trip to the basement laundry for another week.

The summer I interned for Susquehanna Broadcasting it was Eye of the Tiger, and the year I met my wife was The Police's Synchronicity, an album that featured both Wrapped Around Your Finger and (he noted) Murder By Numbers.

Last year, Apple announced it was sunsetting iTunes, but not before the global community had downloaded 26 billion songs.  And now we're all streaming and building algorithmically-inspired mixtapes.

Somewhere in there, you've acquired your own soundtrack, too.

It was 1921.  The idea of asking a customer what he might want was still getting traction in the business world.  It would be two years before Alfred Sloan became president of General Motors, and longer still before he devised “lifestyle marketing” around the development of his Chevrolet, Pontiac, Oldsmobile, Buick, and Cadillac concepts.  George Gallup was 20 years old, still a decade away from his first poll.  Customer preference was often a black box.

Into this world stepped the Edison Recording Company, fighting a pitched battle with the Victor Talking Machine Company and Columbia Phonograph for a share of the skyrocketing record business, riding the success of affordable home phonographs.  Edison had carved out a segment of the market that treated music as uplifting and edifying—a high-brow approach that emphasized classical music, the best European ethnic music, and “hearth and home” recordings that pulled the beloved songs of the nineteenth century forward into the twentieth century, everything from Swanee River and My Old Kentucky Home to Abide with Me, Rock of Ages and The Old Oaken Bucket.

also featured military marches.  Despite John Philip Souza’s well-publicized ambivalence to recorded music—“When a mother can turn on the phonograph with the same ease that she applies to the electric light, will she croon her baby to slumber with sweet lullabies, or will the infant be put to sleep by machinery?”-- his marches could be heard blasting from phonographs all over . 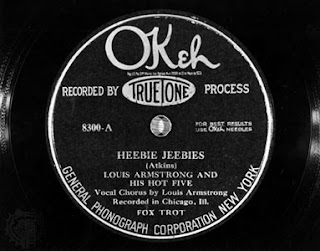 jazz, blues, and so-called “race records” being embraced by youth and filling the air in American cities.  This kind of “vulgar" music, produced by labels like Okeh, Gennett, Vocalion, and was, in the minds of many, turning the Victorian “Cathedral of Culture” into a supermarket.

The Best Tonic I Ever Had

So, in 1921, with inspiration from a group of psychologists from the Carnegie Institute, Edison, Inc. sent 20,000 surveys to the record-buying public in 43 states asking them to list their “favorite tunes.”

The survey generated 2,644 responses.  And, upon reading them, I believe that we have all been building soundtracks to our lives for as long as there has been music.  Our ability to record and repeat the most meaningful music of our lives at will allows us to relive our past in a comforting, almost healing way.

One man loved I’m in Heaven in My Mother’s Arms, writing “I loved Mother as well as one could love and I had to part from her about two months ago never to see her in this world again.”

Another adored a certain folk song because “It used to be sung by a loved one.  It recalls a love one who is no more.”

Another favored an old popular song he associated with “my brothers before we were all married and away from home.”

Still another felt moved by patriotic marches: Just as the Sun Went Down, and On the Banks of the Wabash, Faraway. . .” I heard them during the War with and I never hear one but what I’m thankful for the quick work we done.”

Some personalized their phonograph for its ability to comfort:

I really can’t find words strong enough to express my love for my .  I have had my life made worth living since it came into my home.  I am a poor widow with five children.  My husband died 2 years ago this month.  My baby was only ten days old.  I know the comfort this invention has given me is beyond explanation.  It is the best tonic I ever had.

Others talked about the emotions it created, or quieted.

One female respondent noted that ’s recordings “strengthened family ties in those tired irritable hours late in the afternoon when relations became brittle.”  Another got her children to dance to The Home Dances.  Another mentioned that when “someone looks blue or a little peeved I go in and start Henry Jones’ Your Honeymoon is Over and at once everybody smiles and the white flag waves.”

One man said that he and his wife enjoyed When I’m Gone You’ll Soon Forget after they had had a “row.”  Another liked Dardanella and Laughing Trombone because “they make old Folks young and young folks crazy.”

Another woman wrote, “We love our machine so much.  If we had to part with any piece of furniture in our home, we would give our bed up before we would part with our .” 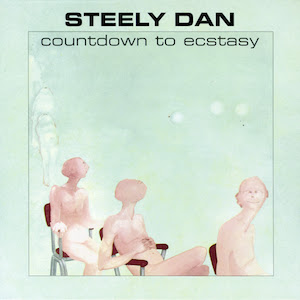 There might be more to that last answer than meets the eye, but it is reminiscent of 1982, when Time named the personal computer "Man of the Year" and quoted one family as saying they would give up summer vacation before they would part with their new home computer.

The 1921 Edison survey suggests that women were the primary purchasers of music, setting aside discretionary money each month to buy one or two new records.  It seems clear that ’s records, in the words of author William Howland Keeney, “stirred the kinds of memories that for significant numbers of Americans reinforced. . .the Victorian sense of cross-generational continuity in family, community, ethnicity and nationality.”

Which is something like, I assume, the way My Old School reminds me of the lengths I would go in college to avoid doing laundry.

My source for some of this material is William Howard Kenney’s Recorded Music in American Life.

Those interested in the rise of “repeatable culture,” including the phonograph and camera, should see Daniel Boorstin’s brilliant The Americans: The Democratic Experience where he talks about “mass-producing the moment” and the rise of “consumption communities.”  Foreshadowing the web, Boorstin (in 1973) described these “consumption communities” as “quick to form, nonideological, democratic, public, vague and rapidly-shifting.”  It’s further proof that technology may change, but human beings are awfully consistent.

Or, as Claude S. Fischer wrote, “As much as people adapt their lives to the changed circumstances created by a new technology, they also adapt that technology to their lives.”
Posted by Eric B. Schultz