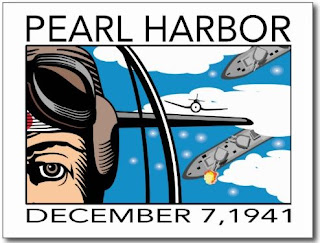 For every nation there are a handful of events each century that are so stunning and transformative that they become what I call “historical postcards”—big, bright pictures burned into the memories of an entire living generation.

One such postcard for my father’s generation was Pearl Harbor.  He was just a young boy when the bombs fell, and I remember him telling me that he heard the news on the radio and hid under his bed for fear that his New England city would be next. He never forgot that terrible feeling of fear and loss, nor did many members of his generation.

There have been, by my count, five historical postcards in my generation. I do not include the assassinations of Robert Kennedy, or the Space Shuttle Columbia disaster; these were big, important events, and I can still see the pictures in my mind.  But an historical postcard, at least by my definition, changes the world as we know it. 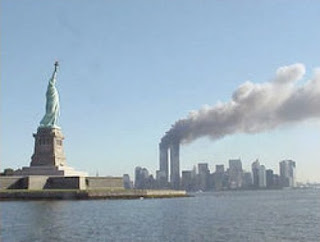 The most recent postcard for my generation was “9/11.” I was at Sensitech and walked into a conference room full of people watching television.  I remember thinking, “This is weird, watching TV during the workday.” And then I was stunned, and then mesmerized.  And then I kept waiting all day for more planes to go down, or for the start of a chain of other apocalyptic events.

There were no beds to hide under at Sensitech, but I could see in my mind's eye my Dad hiding under his.

More Historical Postcards
Another historical postcard for my generation was the Space Shuttle Challenger disaster. I was in Kankakee, Illinois, that day, working on an acquisition for a company called American Cablesystems.  A group of us watched the Challenger explode over and over again on a huge broadcast console used for local cable programming, each time hoping that there might be survivors. That image is fixed in my mind.

The third historical postcard was the first moon landing in 1969. I remember everything about where I was and who I was with.

The fourth historical postcard for my generation—and I don’t count it personally because I was just too young to understand the implications—was the assassination of Martin Luther King. I do remember the riots afterwards, and how ominous the world felt. 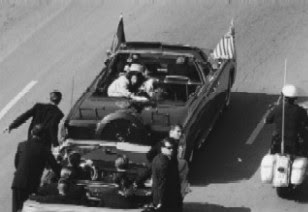 And the fifth and final historical postcard was the assassination of John F. Kennedy. I remember our elementary school bus rolling down the street, and then spotting our mothers assembled along the curb.  Some were crying. Everyone looked dazed.  A true historical postcard.

Some of you my age or a little older might include the fall of the Berlin Wall, or perhaps the Cuban Missile Crisis, or the assassination attempts on Reagan and Ford and the Pope, or even the O.J. chase or trial. I remember being shocked when Princess Diana died.  I have a vivid memory of Jack Ruby shooting Lee Harvey Oswald. I also remember losing Gus Grissom on a NASA launch pad sometime in the late 1960s.  I might add one or more of those over time.  But for now I’m sticking with those five—9/11, the Challenger, Neil Armstrong, MLK, and JFK--as the true historical postcards of my generation.

Losing Historical Postcards
A funny thing about historical postcards is that they are both malleable and highly perishable. We say we'll never forget, but sometimes we do, and ultimately, we don't really get to decide.  Once the last person carrying the postcard in a generation dies, so does the postcard. Which means that if the sinking of the Titanic is still an historical postcard for a certain set of Americans, it’s got a very short shelf life.

That makes it somewhat difficult to know which historical events in American history resonated with the power that a 9/11 did for my generation. Pearl Harbor seems to have. From the reading I have done, the assassination of Abraham Lincoln certainly did. So did the Crash of 1929, and the death of George Washington. Perhaps Yorktown or Gettysburg. Maybe the opening of the Erie Canal. Maybe Lindbergh's flight.

In my recent reading about America in the nineteenth century, I believe I have found two historical postcards which have taken very different paths.  The first has been largely forgotten, and the second corrupted into a powerful American myth. 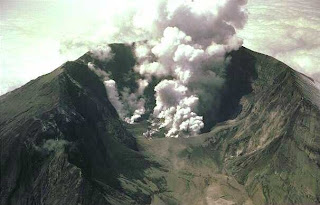 One originated on the Indonesian island of Sumbawa on April 7, 1815 when the volcano of Tambora erupted for five days in the largest volcanic eruption in recorded history-- much bigger than Krakatoa in 1883. Gases from Tambora formed sulfuric acid droplets high in the atmosphere which absorbed and reflected the sun’s radiation, lowering the temperature across the Northern Hemisphere. By mid-1816 the North Atlantic felt the effects; South Carolina suffered a frost in mid-May, and snow fell in New England throughout the summer. North America and Europe suffered widespread food shortages.

The fact that this poorly understood phenomenon—termed “the year without summer”-- occurred in the midst of the Second Great Awakening, when there was lots of serious talk about the Day of Judgment and the Second Coming, may well have turned this into an historical postcard for the post-Revolutionary generation.

A Nineteenth-Century Postcard: The Battle of New Orleans
The other, more important historical postcard from the early nineteenth century was the Battle of New Orleans. This particular postcard had ripples that powered Andrew Jackson into the American presidency.  Americans were still singing about it in 1959.  It's worth taking a moment to deconstruct. 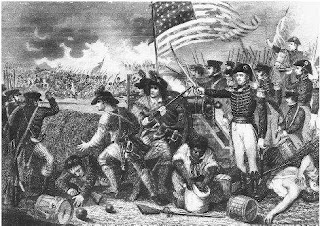 On January 8, 1815, Major General Andrew Jackson and his badly outnumbered citizen army defeated Britain’s professional soldier army, ending the War of 1812. With it, America won its “second war of independence.” Historian Daniel Walker Howe says that when news of the victory reached Washington, it came “like a deliverance from purgatory.”

This was possibly one of the brightest historical postcards in all of nineteenth-century America.

Here are seven things worth knowing about the Battle of New Orleans, a lesson in how historical postcards transform over time:


1. Jackson’s 4,000 man, "all-American citizen army" was composed of Tennessee militia, French-speaking Louisiana militia, mounted Mississippi dragoons, an Irish American regiment, two battalions of black men (one of free and enslaved African Americans, and the other of Haitian immigrants), Choctaw Indians, and the pirate band of Jean and Pierre Laffite. When Jackson gave orders to these "American forces," the orders had to be translated into French, Spanish and Choctaw. When the militia from Kentucky--the "heroes of the battle"--showed up, they lacked tents, blankets and guns, partly because the Army would not pay to have the supplies shipped by the fastest means. When the Kentuckians were attacked in the battle, “they behaved the way American militia units often behaved in the War of 1812," Howe writes. "They ran away.”

2. Jackson promised the blacks, as “brave fellow citizens,” the pay and respect equal to whites, including promises of bonuses and land. After the battle he reneged, sending the slaves back to their masters. Forty years later the free black veterans were still trying to get the 160 acres awarded other soldiers.

3. Jackson's force won the battle through a series of British mistakes, and by out-dueling the English artillery. It was only the power of cannon, and not a pitched battle of foot soldiers, that could explain 251 British killed and 1,259 wounded vs. 11 and 23 respectively for the U.S. American technology (and luck) proved decisive, not citizen soldiers--contrary to a theme of the emerging century.

4. The City of New Orleans was indeed a great prize, but quite different from what we might imagine a typical nineteenth-century American city. It was the second largest port in the United States, after New York, and would be until Los Angeles surpassed it in the twentieth century. Comprised of 25,000 people, the city included Spanish Creoles, émigré French planters from Haiti, free people of color, slaves, Acadians (later shortened to "Cajuns") fleeing ethnic cleansing in Nova Scotia, and Anglo-Americans (making up just 13% of the population). New Orleans had only been part of the United States for twelve years, and the dominant French community despised the recently-arrived Yankees. Distrusting the city and many of his own troops, Jackson had imposed martial law on December 16, 1814.

5. The Battle of New Orleans was fought fifteen days after the peace treaty ending the War of 1812 had been signed at Ghent, Belgium. Americans, who would turn Jackson into a hero, did not seem to mind when they found out. Despite a variety of evidence to the contrary, this historical postcard would be captured in the American imagination as a great "turning point" victory of western riflemen over an arrogant European opponent. 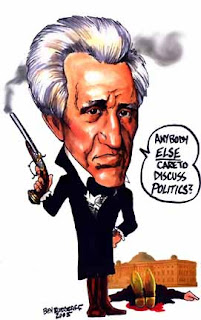 6. Jackson kept New Orleans under martial law until March 13, long after the news of peace had arrived. As part of his brutal style, he executed six militiamen who tried to depart, and then tossed in jail the federal district judge in New Orleans who challenged him. That, along with a career of violence and flaunting authority, caused Jefferson to write of Jackson and his presidential aspirations of 1824: “He is one of the most unfit men I know of for such a place.”

7. Nevertheless, Jackson would have an entire “Age” named for him, and a particular brand of muscular democracy. The Battle of New Orleans was essential to his career. It became one of the most twisted yet powerful historical postcards in American history.

Such is the nature of historical postcards: They arrive in a moment of shock, alter our perception of the world, and then can fade from memory or slide into constructed heritage.  They are the among the most powerful of all cultural tools.

For most of us, the hope is that there aren't more than a handful of these brilliant postcards collected over a lifetime.

(Here's a follow-up: What's the opposite of an historical postcard?  Ask Jim Thorpe.)
Posted by Eric B. Schultz