I Got a Pig: Reflections From the Cutting Edge of Cardiac Innovation

“A cat will look down to a man. A dog will look up to a man. But a pig will look you straight in the eye and see his equal.” -- Winston Churchill

Of all the innovations I've been exposed to through the years, from TempTales and modern air conditioning to cotton gins and Hamilton, the one closest to my heart is the 23MM Epic Supravalve.

Six months ago today, surgeons at Beth Israel Deaconess in Boston cracked open my chest, switched on their magic heart-lung machine, cut out my wonky, calcified aortic valve, and sutured in a new, porcine Epic Supravalve.

In another place or time, I might have received a bovine valve, or even one taken from a cadaver. Was I a little younger, I might have chosen a valve made out of carbon.

But as it happened, on January 28, 2021, lying on an operating table not far from Fenway Park, I got a pig.

In medical-speak, I received a xenograft of a bioprosthetic heart valve made from porcine aortic valve cusps matched for leaflet coaptation and hemodynamics. 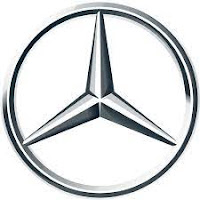 If it helps, think of an aortic valve as a Mercedes Benz logo, its three leaflets intended to open and close snugly. And think of my valve as having two of those leaflets stuck together, plus six decades of frayed edges.

Again, the easiest description is: I got a pig.

Besides Arnold and Peppa, footballs and bacon, Pulp Fiction, Charlotte's Web, and Lonesome Dove, the reason to like pigs is that their hearts are similar to our own in size, weight, and structure.

Likewise, the 23-millimeter valve I was given is right for my body size and weight, sort of like choosing a comfortable pair of shoes. And the last thing you want is to spend all day in the wrong-sized shoes.

Check that. The last thing you want is to have been diagnosed with a wonky aortic valve before 1965.

Because that was the year that pigs began to fly, or at least flow.

The Arc of Innovation

In September 1965, a team in Paris completed the first xenograft replacement of an aortic valve, and by January 1968 had implanted 61 porcine valves in 53 patients.

Entrepreneurs claim to want to be on the cutting edge of innovation, but the truth is, the cutting edge can be a very unpleasant place. Those numbers above are correct. Only 65% of these early porcine valves were functioning well at six months, and 45% at a year.

It seems that the immune system of a patient wanted no part of having a large, interspecies object sutured onto a major organ.

So, medical innovators went to work with chemicals like sodium periodate and glutaraldehyde-buffered solutions. The result was to substantially reduce the human body’s immune response to animal valves.

The percentage of functioning valves at one year increased to 82%, an engineering miracle. Through the years, results have continued to improve rapidly and substantially.

Today, pushing innovation ahead in many companies means getting a team of software coders to play nice together. At a company like Sensitech, it means encouraging software and hardware engineers to work hand-in-glove.

But for porcine heart valves to evolve, it takes the relentless pursuit of innovation by a combination of cardiologists, surgeons, mechanical engineers, biologists, and biochemists.

It's a complex, high-stakes process where failure is not about cleaning up a few bugs in the next release, but about the quality of life and sometimes life itself. 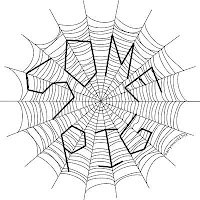 About 250,000 human heart valves are replaced worldwide each year. When I asked my surgeon how many successful implants he had done, he smiled and asked, "This week?"

That's the right answer. One person's major surgery should be another person's walk in the park.

Today’s valves, like the one I received, are harvested from pigs intended for consumption. Tomorrow, researchers may breed pigs with valves genetically altered for human implantation.

The Guardian reported not long ago that adapted pig hearts—the whole thing--could be transplanted into patients within three years.

You first, of course, and please let me know how it goes.

So, if we compare my Epic Supravalve against a healthy native valve, I believe we are about two-thirds of the way to where medicine would like to be.

I would rather be much further along on that innovation arc, but I also know, except for fate, that it might also be 1964.

With ThanksI don’t really like to think about what happened to me on January 28. I have assiduously avoided watching any YouTube videos showing open-heart surgery.

I have joined and unjoined the "Aortic Valve Replacement Group" on Facebook five times. (Soon, I may be banned for life.) Most of the stories are positive but occasionally there is one so harrowing that I can't help but click the unjoin button.

I may have gotten a pig, but I am still a chicken.

That doesn't mean I'm not thankful for skilled surgeons and brilliant medical entrepreneurs at work around the world, nor am I unhappy to be on an arc of innovation that makes this life-changing operation possible.

I also appreciate pigs more than you can know.

Thanks especially to the folks at BIDMC for pushing forward on cardiac innovation. By the time my pig conks out in 2026 (gulp), 2031(reasonable), or hopefully later, I expect they’ll have their TAVR procedures down to a walk in the park.

TAVR? That's a different blog post for a different day, but one that I have great hopes of writing.