The Wisdom of John McPhee: A Riff For Older Would-be Writers 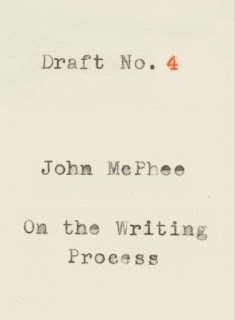 Why I Love John McPhee #1, on Sophia Loren: “Her feet are too big. Her nose is too long. Her teeth are uneven. She has the neck, as one of her rivals has put it, of 'a Neapolitan giraffe.' Her waist seems to begin in the middle of her thighs, and she has big, half-bushel hips. She runs like a fullback. Her hands are huge. Her forehead is low. Her mouth is too large. And, mamma mia, she is absolutely gorgeous.”

Two guys ski down a mountain side-by-side.  Both are 50 and fit.  Both have good form.  Both are going like bats out of heck.  Neither falls.  And yet, one learned to ski when he was three years old, the other at 35-years-old.

And. you. can. tell. the. difference.

Ever drive with someone who got his license after age 40?  If so, you may still be waiting for the right moment to enter the rotary.

And thus it is with writing.  Malcolm Gladwell wrote for newspapers out of college, including ten years with The Washington Post and, since 1996, The New Yorker.  Can you tell?  Stephen King sold his first story as a sophomore in college.  Stephen Sondheim was mentored at age ten by Oscar Hammerstein and, by 22, had written four Broadway shows under Hammerstein’s tutelage.

And John McPhee, one of my favorite non-fiction authors, began with Time magazine out of college and moved to The New Yorker, all the while writing Pulitzer-Prize winning books.

For those of us who came to writing late in life, there is no catching up.  We may ski down the mountain without breaking a bone, but you. can. tell. the. difference.

So, when I discovered free advice being offered by Prof. McPhee in his Draft No. 4, I gladly accepted.

A promising start from a guy who glides effortlessly down the black diamonds.

Below, a few more takeaways from McPhee's book for the older would-be writer:

On approach: “To lack confidence at the outset seems rational to me. It doesn’t matter that something you’ve done before worked out well. Your last piece is never going to write your next one for you. Square 1 does not become Square 2, just Square 1 squared and cubed.”

How to start a project: “ You begin with a subject, gather material, and work your way to structure from there. You pile up volumes of notes and then figure out what you are going to do with them, not the other way around.” 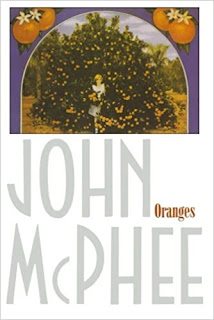 On choosing a topic: “For nonfiction projects, ideas are everywhere. They just go by in a ceaseless stream. Since you may take a month, or ten months, or several years to turn one idea into a piece of writing, what governs the choice? I once made a list of all the pieces I had written in maybe twenty or thirty years, and then put a checkmark beside each one whose subject related to things I had been interested in before I went to college. I checked off more than ninety percent.”

On structure: “A piece of writing has to start somewhere, go somewhere, and sit down when it gets there. You do that by building what you hope is an unarguable structure. Beginning, middle, end.

On where to begin: “Often, after you have reviewed your notes many times and thought through your material, it is difficult to frame much of a structure until you write a lead. You wade around in your notes, getting nowhere. You don’t see a pattern. You don’t know what to do. So stop everything. Stop looking at the notes. Hunt through your mind for a good beginning. Then write it. Write a lead . . . I would go so far as to suggest that you should always write your lead (redoing it and polishing it until you are satisfied that it will serve) before you go at the big pile of raw material and sort it into a structure.”

On writer’s block: “Another way to prime the pump is to write by hand. Keep a legal pad, or something like one, and when you are stuck dead at any time—blocked to paralysis by an inability to set one word upon another—get away from the computer, lie down somewhere with pencil and pad, and think it over. This can do wonders at any point in a piece and is especially helpful when you have written nothing at all. Sooner or later something comes to you. Without getting up, you roll over and scribble on the pad. Go on scribbling as long as the words develop. Then get up and copy what you have written into your computer file.”

On choice: “It’s an utterly subjective situation. I include what interests me and exclude what doesn’t interest me. That may be a crude tool but it’s the only one I have.”

On completion: “People often ask how I know when I’m done—not just when I’ve come to the end, but in all the drafts and revisions and substitutions of one word for another how do I know there is no more to do? When am I done? I just know. I’m lucky that way. What I know is that I can’t do any better; someone else might do better, but that’s all I can do; so I call it done.” 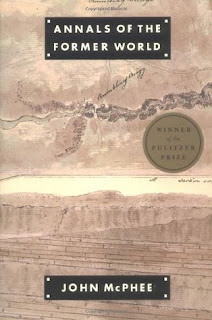 On facts: “In discussing a long fact piece, Mr. Shawn would say, often enough, “How do you know?” and “How would you know?” and “How can you possibly know that?” He was saying clearly enough that any nonfiction writer ought always to hold those questions in the forefront of the mind.”

On editors: “My advice is, never stop battling for the survival of your own unique stamp. An editor can contribute a lot to your thoughts but the piece is yours—and ought to be yours—if it is under your name.”

On Draft No. 4: “It is toward the end of the second draft, if I’m lucky, when the feeling comes over me that I have something I want to show to other people, something that seems to be working and is not going to go away. The feeling is more than welcome, but it is hardly euphoria. It’s just a new lease on life, a sense that I’m going to survive until the middle of next month. After reading the second draft aloud, and going through the piece for the third time (removing the tin horns and radio static that I heard while reading), I enclose words and phrases in pencilled boxes for Draft No. 4. If I enjoy anything in this process it is Draft No. 4.”

Why I Love John McPhee #2, on President Dwight Eisenhower:

Ike had lined up half a dozen finished pictures for Mr. Marx to consider. Near them, on an easel in the center of the room, was Ike’s current project, an unfinished still-life. The subject was a square table covered with a red-checked tablecloth and a bowl of fruit—apples, plums, and pears, topped by a bunch of grapes. After studying for a time the paintings from which he was to choose, Mr. Marx said that he needed to pee . . . Mr. Marx went to the elevator and disappeared. 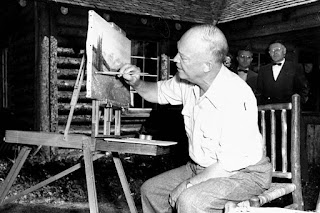 Now General Eisenhower and I were alone in his studio. What on earth to say—with those five stars in pentimento on his shoulders, me a nineteen-year-old college student. The problem was more his than mine, but for him it was not a problem. He began to talk about the red-checked tablecloth and bowl of fruit. He said that when he was growing up in Abilene, Kansas, his world was symbolized by tablecloths just like this one, and that was why this current project meant so much to him.

The still-life was well along—the apples, plums, and pears deftly drawn and highlighted. Pretty much tongue-tied until now, at last I had something to ask. Despite the painting’s advanced stage, it did not include the grapes.

I said, “Why have you left out the grapes?”

Ike said, “Because they’re too God-damned hard to paint.”