You Can’t Manage What You Don’t Measure: This Time It’s For Real 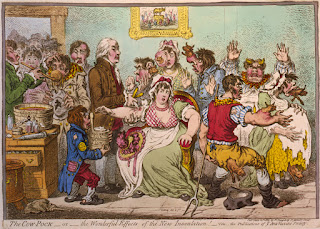 In 1721, minister Cotton Mather took to the streets of Boston during a smallpox epidemic to collect data that would prove his theory that inoculation was far less deadly than catching the virus naturally.
Mather understood intuitively what future thinkers like Peter Drucker would one day preach: You can’t manage what you don’t measure.

America's first permanent head of the nation's census office divided all of history into two periods: superstition and statistics.

The ability of Americans to take a vast trove of data and turn it into useful information resulted in the creation of what Daniel Boorstin called “statistical communities.”  Examples from his Pulitzer-prize winning book, The Americans: The Democratic Experience, include:


The Census: The 1850 census was the first to count individuals, not just families, and included information on occupation, education, religion, crime, and wages.  It led to Hinton R. Helper’s Impending Crisis of the South, which demonstrated quantitatively and conclusively that the South was being impoverished by slavery. The Republican Party purchased 100,000 copies of Helper’s book to support Lincoln in his 1860 campaign for President.

Insurance: The founder of Equitable Life, Henry B. Hyde, was the life insurance industry’s early, great evangelist, launching a sales campaign in his own church.  He soon met pushback from the faithful, who felt “that life insurance implies a distrust in Providence, and is an impious attempt to prevent or control His will.”[1]  Hyde responded by positioning life insurance as divinely inspired, a way to reduce the anxiety of life, and hired famous preachers such as Henry Ward Beecher to endorse the concept.  Hyde would have been ultimately successful--but the devastation of the Civil War also convinced Americans who trusted in God that a life insurance policy was still a sound investment.

Ready-made clothing: Demand for uniforms during the Civil War revealed that there were common dimensions of the human body to which clothing manufacturers could direct their goods.  Just as people were categorized by demographics in the census and by life expectancy in the insurance tables, Americans began to think of themselves as belonging to certain “sizes.”

Income Tax: The Sixteenth Amendment in 1913 empowered Congress to tax income from any source.  By the 1920s Americans were beginning to think of themselves in “tax brackets,” just another statistical sorting of their lives.

IQ: Counting and measurement was applied with a vengeance to intelligence in the twentieth century.  The need for colleges to choose students who could succeed, and the military to choose soldiers that could fight, led to the first College Entrance Exam in June 1901 and the Army Alpha and Beta Tests in 1917.  Controversial from the start, this kind of intellectual sorting continues to define American statistical communities.

Today, we all fall into well-known statistical communities.  Maybe you are a 44 suit jacket, or a non-smoker with a pre-existing condition and 50 years of actuarial life remaining.  You could be a white, middle class, female with a bachelor’s degree living in an apartment in a 603 area code.  Maybe you have an IQ of 125, or earned an English SAT score of 680.  Maybe you are in the 28% tax bracket.

Now, we are faced with a pandemic that involves life and death decisions.  It is a crisis that comes complete with the kind of massive troves of data that Americans love.  We are a nation that measures, a people that count.

We need to know who is sick, who was sick, and who is not.  Who were they with, and when?  Where have they been since?  The result of these simple, blocking-and-tackling measurements decides who gets into a hospital, who gets a ventilator, who gets to hang out together, how many masks and gowns do we send and where, who manufactures what and who ships when—and, ultimately, when will things begin to improve. 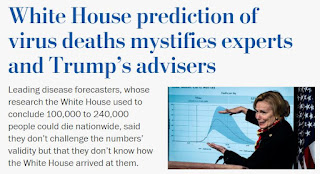 You measure to manage, but you manage to give yourself hope that tomorrow will be better than today.  We are failing at the very thing we do so well.  It is inept.  It is inexcusable.

The other day in the Wall Street Journal, Holman Jenkins asked, “Do I belong among the 60% who need to get infected or the 40% who should avoid exposure at all cost until the epidemic snuffs itself out?”  Which statistical community do you desire?  It is a reasonable, answerable question that, because our leaders have failed us, is currently unanswerable.

“I tend to think of myself as on the bubble,” Jenkins concluded.

As are we all.