After This, Nothing Will Be the Same 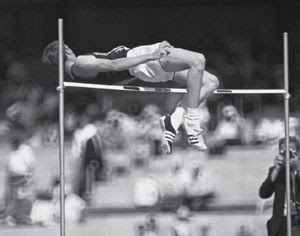 Remember Dick Fosbury?  In 1967 he was ranked the 61st best high-jumper in the world.  At the Olympics in Mexico City the following year he cleared the bar at 7 feet 4.25 inches and won the gold medal.

He did it with a style so different from the traditional “western straddle” that it came to be called the Fosbury Flop.  People laughed.  Coaches watched in disbelief.  One newspaper described it as going over the bar “like a guy being pushed out of a 30-story window.”

Today, you cannot find a world-class high jumper who doesn’t do the Fosbury Flop.  One moment it was one thing; the next, it would never be the same.

In 2000, if someone on a commercial airline began causing trouble, most of us let the flight attendants handle things.  Since 9/11, however, if someone causes trouble on a plane, passengers respond with force and duct tape, and without hesitation.  One day changed everything.

Our parents and grandparents saw the first black baseball player in Major League Baseball (a chapter in Innovation on Tap); today, could you conceive of baseball as a segregated sport?  Before McDonald's launched the Egg McMuffin in 1972, we all ate breakfast at home. (At home. Yep.) And before Starbucks, we drank coffee there, too. 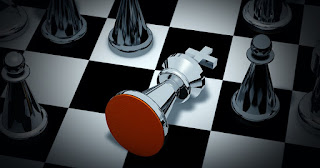 In 1996, IBM’s DeepBlue became the first computer to ever win a game against the reigning WorldChess Champion under tournament conditions.  Before that, nobody thought a computer could ever beat a Grandmaster.  Today, nobody believes a Grandmaster will ever beat a machine again.

We are still being shaped by the Recession of 2008. Its unforeseen consequences include declining fertility rates and increased morbidity. Occupy Wall Street.  Donald Trump. The stock market recovered, but we will never be the same.

Now we are facing a global pandemic.  I joked on LinkedIn the other day that this would be good news for home athletic equipment manufacturers and jig-saw puzzle makers.  Maybe marriage counselors.  My friend, Dan Isenberg, wondered if there would be a baby-bump nine months from now--what some have called the "Coronalets." Introverts have found that what they thought was a weakness, social distancing, turns out to be a life-saving strength.  Companies that have resisted telecommuting for years may find it to be a useful organizational tool after all.

But those are the easy ones, the obvious predictions.  The truth is, none of us can guess what the long-term implications of the pandemic will be.  Only recall the first time Dick Fosbury did his flop: After this, nothing will be the same.
Posted by Eric B. Schultz