A Modern Fable: China is the Borg 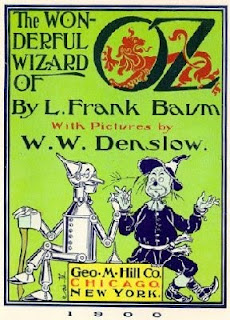 In 1900, a new book by a fledgling children’s author reached stores in .  The 44-year old writer had a checkered career that included acting, breeding chickens, selling fine china, serving as secretary for a baseball team, and founding the National Association of Window Trimmers of America.

Indeed, his new children’s book contained elements of many of these life experiences: a dismal trip through Kansas, a plank road built to facilitate transport of farm produce in Syracuse, yellow paving bricks at the Military Academy in Peekskill, and the launch of an industrial oil brand to keep machine parts from seizing up.  He lived at different times of the year with his formidable mother-in-law, one of the leaders of the women’s suffrage movement in  a woman so controversial and scary as to be called “satanic,”—a wicked witch of sorts.  And, of course, the author's visit to the Columbian Exposition in in 1893—a veritable .

His children's book went on to sell millions of copies and, after its translation to film in 1939, would become the single most-watched movie of all time.  (This material is summarized from Evan I. Schwartz’s fascinating Finding Oz.)

All well and good, until 1964, when a high school history teacher named Henry Littlefield, attempting to interest his students in the Gilded Age, likened Lyman Frank Baum’s Wizard of Oz to the 1880s populist movement in .


According to Littlefield’s theory, which he freely admitted had no basis in fact. . .

the Yellow Brick Road was the gold standard, Dorothy’s slippers the push for a silver standard, the Scarecrow the farmer, the Tin Man the industrialist, the Cowardly Lion Williams Jennings Bryan, and the Wizard—President William McKinley.


Likewise, I have recently stumbled upon a similar theory, one that concludes that the best science fiction show of the 1980/90s is really a fable for 21st century geopolitics.  Predictive, in fact. 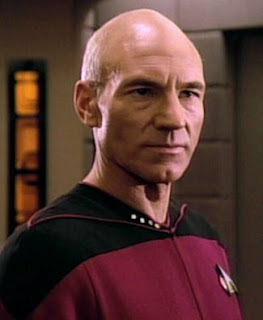 Who is the single greatest leader of the 24th century?  Perhaps of all time?

Of course: Jean Luc Picard, captain of the Starship Enterprise and hero of Star Trek: The Next Generation.

Depicted as deeply moral, highly logical and cerebral, Picard is a master of diplomacy and debate who resolves seemingly intractable issues between multiple parties. Though such resolutions are usually peaceful, Picard is also shown utilizing his remarkable tactical skills in situations when it is required.

Who wouldn’t want to have THAT as a LinkedIn recommendation?

So—stay with me on this—we’ve also recently learned that Gene Roddenberry, creator of the series, secretly intended that Picard represent—ready?—the 21st-century .  (Remember, you are reading this on the Web.  It is true.)  That means the Klingons, those grouchy, fractious warriors who finally joined the United Federation of Planets represent, of course, Russia.  The Romulans, a cunning and opportunistic race always at or near-war with the Federation: those are the North Koreans.

See how this is all coming together in an elegant, cohesive geopolitical allegory? 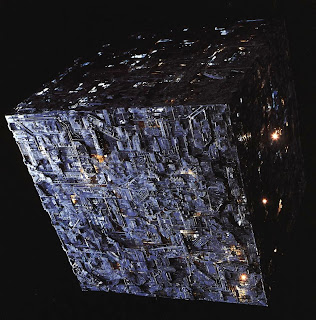 That leaves one menacing presence in the universe, the Borg.  Always out there.  Always threatening.  Always heading toward the Federation.  Always keeping Picard up at night.  (Always hard to figure out if it requires a singular or plural verb.)  Unstoppable.

The Borg manifest as cybernetically enhanced humanoid drones of multiple species, organized as an interconnected collective, the decisions of which are made by a hive mind, linked to subspace domain. The Borg operate solely toward the fulfilling of one purpose: to "add the biological and technological distinctiveness of other species to their own" in pursuit of perfection. This is achieved through forced assimilation, a process which transforms individuals and technology into Borg, enhancing, and simultaneously controlling, individuals by implanting or appending synthetic components.


Resistance, as I mentioned, really is futile.

Who could this be in our modern geopolitical fable but China?  The prevailing narrative of —hammered into our Western skulls for at least a decade now--can be summed up in one, simple phrase:  Resistance is futile.   is coming to eat our lunch (dinner and tomorrow’s breakfast). 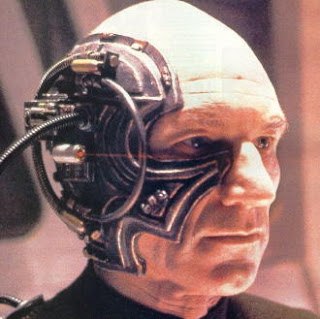 Those of you who remember the Next Generation movie, however, know that resistance is pretty darn effective after all, especially when you have a guy with the skill of Jean Luc Picard willing to dive into the collective and mush it all up.  So, the Borg, after years of torturous worry, turned out to be a paper cybercollective after all.

Now, here’s where some real geopolitical theory might come in handy.

I’ve just finished George Friedman's The Next 100 Years: A Forecast for the 21st Century.  George is the founder and CEO of Stratfor, and his book is very thoughtful.  By taking a three thousand-year perspective, Friedman essentially turns everything you think you know about the future on its ear.  (The narrative is very compelling—a great read.  In fact, a spectacular use of Scenario Planning, where no single detail is apt to be right, but the whole is very apt to proceed on schedule.)

Without being a complete spoiler, here are five essential elements to Friedman’s narrative:

1. The single most important fact of the 21st century is the end of the population explosion.  The entire global system since 1750 has been built on the expectation of a continually expanding population.  Those days are over.  The implications are profound (and Friedman examines them in detail).  (Note to : You’re wrong for a lot of reasons, but this is the BIG one.)

2. Don’t confuse the ’ bumbling around the globe with the fact that it is economically, militarily, and politically the most powerful country in the world, and there is no real challenger.  The country’s GDP is larger than that of , , , and the ’s combined. The doesn’t have to win wars; it simply needs to disrupt any other global build-up of power.  (With that in mind, the “Islamic War” is already over, not in all its pain and suffering, but in any real strategic geopolitical importance.   is a win as well.)

Most importantly, there is nothing that can go on in either the or Pacific that cannot be controlled by the U.S. Navy—which is a naval force larger than all other world navies combined.
is past proof: control the oceans, control the world.  Only a superpower with major naval ports in both seas can do that.  Friedman paints a more detailed, compelling story that can be summed up as: is a young, barbaric superpower, but make no mistake.   We are now in the America-centric age. 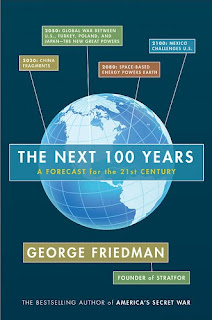 3.  , and are the countries around which power will accrue in the coming century.  And keep your eye on .  will support them and then eventually have to turn on them, like all good, bumbling adolescent superpowers.  One guess: war with around 2050.  (I know; weird, but see #4.)  And it’ll be a war unlike any ever fought.

4. Don’t miss Friedman’s opening chapter.  There is no period, 1900, 1920, 1940, etc. where extrapolating trends ahead 20 years would have revealed anything like what actually happened.  In 1900 ruled the world, was at peace and enjoyed unprecedented prosperity.  Interdependence was so great that serious people believed war was impossible.  They were dead wrong.  Then, in 1920, the War to End All Wars had been fought and the peace imposed on guaranteed it would not emerge anytime soon.  Wrong again.  Get the idea?

I had to suffer through the mind-numbing arrogance of the "Japanese Miracle" when I was in business school.  Projecting ahead from 1980, Japan should now be ruling the world, or at least running all of our factories.  Instead, they're recalling cars and foisting anime on our teens.

It’s like the bottom of your Fidelity statements, where it reminds you that past performance is no guarantee of future success.

5. Finally (and here’s the “Borg” part), is a paper tiger.  The country is isolated.  The threat of a strong, competitive navy is far off.  More importantly, is unstable; when coastal regions are opened up to the outside world (from time to time) they become prosperous, but the vast majority of Chinese in the interior remain impoverished.  Politics trumps economics, and Chinese economics—which often allocate capital politically and not on merit--do not translate to long-term success.  (Estimates are that as much as one-third of Chinese GDP may be consumed by non-performing loans.  Yowsa.)  In fact, in the next century it is more likely the will be propping up to counter a re-emerging .  (Friedman concludes: “I don’t share the view that is going to be a major world power.  I don’t even believe it will hold together as a unified country.”)  This chapter is a must-read.

Friedman's outlook revolves around geography being the most important defining force in history.  Funny enough, that's the subject in college where you are apt to find the easiest courses and all the football players.

Because, until now, resistance to China has seemed futile.  By the time you get through with Friedman’s book, though, you’re going to feel a little bit like you’ve been picked up and tossed around by a tornado. 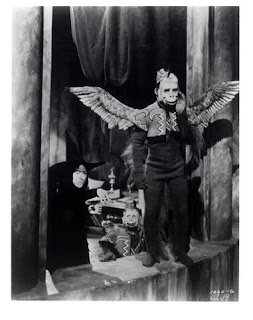 Don’t misunderstand the perspective.  If you are launching software into next week, it can be your worst nightmare (including estimates that some 45% of personal software in the country is pirated).  But, if you are staying up late at night worrying about the end of West Civilization, it’s time to take a deep breath.

Just not one with flying monkeys.  Cause that’s the kind of thing that will keep you up late at night.
Posted by Eric B. Schultz