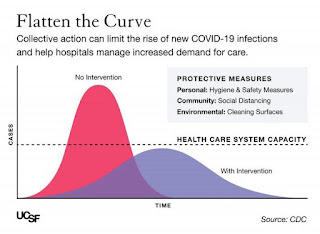 ++++++++++++++++++++++++
About a month later, we walked into class and found that Mr. Holmes had projected on a screen an ancient Greek building with impressive columns. He explained that the Greeks were experts in perspective and had, with this building, bowed the columns (that is, made them fat in the middle, tapered at the ends) to create the illusion that they were perfectly straight.

“See,” Mr. Holmes explained, “how they are tapered to look straight?”

We all shook our heads.  Yes, of course, the Greeks were brilliant.

He tried again. “See the bow? See how it makes them look perfectly straight?”

Again, a great bobbing of heads.

Finally, he turned off the projector, clearly distressed. “Does anyone see the problem?”

There was silence. Problem? The Greeks. Columns. Perspective. Bowed. Straight. We got it.  What problem?

Then Mr. Holmes said, “If I don’t teach you anything else this year, I want to teach you to think for yourself--to take an independent point of view. If I tell you something is straight, and it looks bowed, you should say something like, ‘Mr. Holmes, the Greeks blew it. They didn’t understand perspective all that well, because they bowed the columns to make them look straight--and they look bowed. I see it with my own eyes.’”

We all hung our heads. We’d been busted playing school.


Do You Hear a Bass Drum? 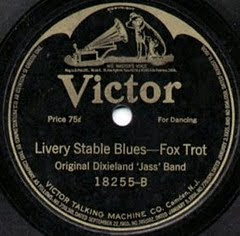 I’ve been listening to early jazz and came across the (controversial) first jazz tunes ever recorded, “Livery Stable Blues” and “Dixieland Jass Band One-Step.” These two pieces were recorded at the Victor Talking Machine Company studios in in 1917. The recording conditions were difficult—acoustic horns and a needle cutting into warm wax—and Victor technicians labored to position the five musicians to achieve the right volume and mix.

In fact, in a number of books and articles, jazz historians say that the bass drum was removed from the session because it was either too loud, or caused too much vibration on the cutting needle.

I’m hardly a jazz aficionado, but I’ve listened to each song about ten times and, honestly, I hear a bass drum.  At first, I thought I was mistaken, or going crazy. Finally, I stumbled upon Samuel Charters (A Trumpet Around the Corner) who is a jazz aficionado and who says clearly that, during the recordings, the drummer was allowed to “thump on his large bass drum.”

Sometime soon, someone is going to tell you Olympic judging is fair. You look good in those pants. This volunteer project won't take much time. That retired home run hitter didn't take steroids.

Someone will tell you that waterboarding isn’t torture.

Some entrepreneur will tell you he'll be cash-flow breakeven in two quarters. One of your kids will tell you their homework is done.

The people who tell you these things will most likely be talented and good-hearted and really want to believe what they’re saying. But, if you’re like me, and you’ve got a stake in the conclusion, you’ll at least take a minute to see for yourself.

Because getting busted playing school is no fun.  And can even be expensive.

I learned long ago: If I see bowed columns, I’m calling out the Greeks.  If I hear the bass drum, I’m tapping my foot to the beat.  And if I see that we're flattening the curve, I'm turning off the afternoon White House briefing.

"Some experts suggest that life could 'return to normal' only when 60%-80% of the population is resistant to COVID-19 . . . but that could take years."

Why every U.S. city and country should brace for severe outbreaks, a possible second wave, and even a resurgence of coronavirus later this year and next.

The Asian countries that beat COVID-19 have to do it again.