You Are Not a Gadget (But You Might Be a Tool) 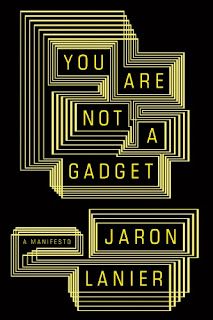 The Web giveth and the Web taketh away.

I’d be the first to tell you that I love what the Web hath wrought--the ability to research, reach out, connect, create and learn in ways unthinkable just a few years ago.  But I’ve also been worried for a long time about whether the Web hath rot, ah, wrought—at least in the form of bright, seductive, ever-changing screens calling to me ceaselessly from my laptop and phone.  (See I’m Going Crazy, But So Are You, and Does Technology Shape Our Ethics? for just a few examples.)  The price of all this easy knowledge and endless pestering may, in fact, be stupidity and atrocious behavior.

In the thoughtful if sometimes inscrutable You Are Not a Gadget, technologist and musician Jaron Lanier proposes that the losses from the Web may be more than we realize.  When our background, experience and personhood are all reduced to bits and bytes; when our creative product can be ripped out of context and used (free of charge) in a mash-up; when we engage in anonymous acts of digital violence; when we fall for the line that the Web itself is becoming some kind of superhuman creature. . .

Think of it this way.  Have you ever moved your family into a new house?  Different kitchen, different bedroom arrangements, different furniture around the TV?  What happens?  People begin to connect and relate differently.  Kids find new burrows in which to do their homework.  Bedrooms become new kinds of bastions.  Dinner smells from the kitchen travel in different directions.

To steal from Churchill, first we configure a house, and then the house configures us.

What Lanier proposes, and I buy, is that the design of the Web—much of which is more haphazard than thoughtful—has a very powerful effect on how we learn, communicate and relate.  And, if we leave the future design to people who don’t necessarily share our same values of individual freedom, privacy and creativity—or maybe just don’t think about those subjects much--we put ourselves at risk.

Here’s an example.  If I hate something that I read in the local newspaper, I can write a letter to the editor.  My letter can be filled with vitriol, but it can’t be unsigned or it won’t get published.  That’s one of the cardinal rules governing old, traditional newspapers; you can say it but you must take responsibility for saying it.  And that’s a meaningful rule, because it changes the way we behave. 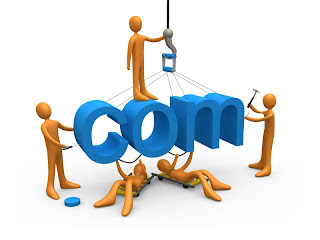 What if you fell into the design of “a Web,” which allowed all the vitriol but expected none of the responsibility. What would you have?  Flame wars.  Horrible discourse.  Trolling.  Open misogyny, racism, and sexism.  And that’s what we’ve got, and we accept it, because, after all, it’s the Web.

Lanier’s point is that it didn’t--and doesn’t--have to be this way.  If you don’t like the set-up of furniture in the living room because people in your family stare at the TV and stop talking to one another, move the furniture.  Unless, of course, you were stupid enough to bolt it to the floor.  That’s called lock-in.

Lanier, being a musician, uses the as a great example of how lock-in occurs.  The was created by a musician trying to interconnect synthesizers to create a bigger sound for some recording he was doing.  From that humble beginning several decades ago, however, the has become the basic building block for nearly everything we listen to.  We couldn’t even properly define a C-note for a few thousand years until the came along.  And now we’re locked-in, whether we like it or not.  “The consequences of tiny, initially inconsequential decisions,” Lanier writes, “often are amplified to become defining, unchangeable rules of our lives. . .The slightest change in something as seemingly trivial as the ease of use of a button can sometimes completely alter behavior patterns.”

One of my favorite lines from Lanier, after he describes how hard it was for the railroads to battle “lock-in” around the gauge of their tracks, writes: “So while lock-in may be a gangster in the world of railroads, it is an absolute tyrant in the digital world.”

It’s worth pointing out that Lanier appreciates all that the Web hath wrought.  But he recognizes that “It is impossible to work with information technology without also engaging in social engineering,” and worries that the folks driving IT don’t have our best interests at heart.  “It takes only a tiny group of engineers to create technology that can shape the entire future of human experience with incredible speed.”

Who are these folks?  Lanier paints the bull’s-eye:

The way we got here is that one subculture of technologists has recently become more influential than the others. The winning subculture doesn’t have a formal name, but I’ve sometimes called the members “cybernetic totalists” or “digital Maoists.” The ascendant tribe is composed of the folks from the open culture/Creative Commons world, the Linux community, folks associated with the artificial intelligence approach to computer science, the web 2.0 people, the anticontext file sharers and remashers, and a variety of others. Their capital is , but they have power bases all over the world, wherever digital culture is being created. Their favorite blogs include Boing Boing, TechCrunch, and Slashdot, and their embassy in the old country is Wired.

The World Wide Web was flooded by a torrent of petty designs sometimes called web 2.0. This ideology promotes radical freedom on the surface of the web, but that freedom, ironically, is more for machines than people. Nevertheless, it is sometimes referred to as “open culture.” Anonymous blog comments, vapid video pranks, and lightweight mashups may seem trivial and harmless, but as a whole, this widespread practice of fragmentary, impersonal communication has demeaned interpersonal interaction. 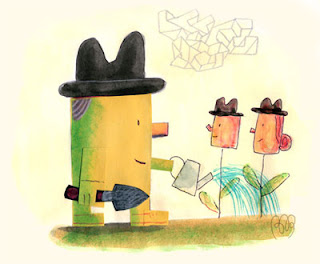 The other point Lanier hammers home is that the open-culture-crowd-sourcers tend to be very conservative, traditional inventors—Linux being not much more than Unix II, for example, and Wikipedia entries tending to be an amalgamation of the top 3 Google search results.  The brilliant ideas—the iPhone, for example—are still being generated in closed-shop fortresses like Apple.

Marxism may live on the web, but it tends to the average, like most committee work.

Is there nothing sacred in the world of the Web, Lanier asks?  If I labor for three years on a book, or three months on a song, it’s considered copasetic for some anonymous webtroll to take it, digitize it, use it, give it away, or combine it with other stuff and offer it as their own.

What won’t I touch, though?  What’s considered sacrosanct?  Advertising.

The result is an on-line world where the individual lags far behind the crowd, which is a distant second to the advertisement.  And, fellow netizen, we just sat and watched it all happen.

There’s much more in Lanier’s provocative book.  The problem, as I see it, is that if you read just this post and not Lanier’s book, then I have done what he is arguing ain’t so hot, and that is to take a body of thought, rip it out of context, separate it from its creator, mash it up with my own thoughts, and feed it back to you.  Web 2.0 at its best, and worst.

So, to alleviate that nagging voice—I’d ask you to buy Lanier’s book and read it for yourself.  All of it.  I promise it’s worth it.

In the end, I suppose, most of us can use, abuse or simply ignore what’s fed to us on the Web. 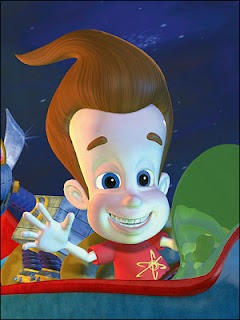 But somewhere in an apartment in Cambridge, or a lab in Silicon Valley, some brilliant kid is trying to hook together two synthesizers for his friends but just happens to be inventing a building block for how we will perceive and interact with the world ten years from now.  It’s the gauge of our next railroad, the flow of rooms in our next home.  We can only hope that some thoughtful adult somewhere gets hold of that tiny, inconsequential invention before lock-in occurs.

Which leaves me with this concluding thought: I sure hope the right people read this book.
Posted by Eric B. Schultz